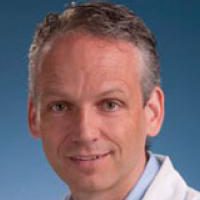 Dr. Hofer obtained his medical degree from the University of Amsterdam in 1992. He then completed his PhD studying tissue oxygen tension as an indicator of tissue perfusion in the Department of Surgical Research, Academic Medical Center, Amsterdam. He obtained his board certification in Plastic Surgery from the Netherlands in 2000 and became the first Plastic Surgeon to be awarded the highly prestigious Dutch Cancer Society clinical fellowship, which funded his one-year Microsurgery Research fellowship at the Bernard O’Brien Institute of Microsurgery at St. Vincent’s Hospital and the University of Melbourne in Melbourne, Australia. Dr. Hofer is internationally recognized for his outstanding contributions in the areas of clinical service, education, and research. Prior to becoming the Division’s first international candidate to be recruited in over a decade, Dr. Hofer was an Associate Professor in the Department of Plastic and Reconstructive Surgery, Erasmus Medical Center, Rotterdam and the Head of Plastic and Reconstructive Surgical Oncology. 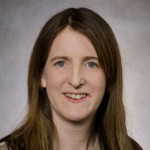 Dr. Anne O’Neill joined the Division of Plastic and Reconstructive Surgery at University Health Network as an Assistant Professor at the University of Toronto in 2013. Dr. O’Neill received her medical degree from the National University of Ireland graduating with honors in 1999. She commenced her surgical training in 2000 and was awarded an Associate Fellowship of the Royal College of Surgeons in Ireland in 2002. She subsequently commenced sub-specialization in Plastic and Reconstructive Surgery and was awarded her Fellowship of the Royal College of Surgeons in this discipline in 2011. She completed a clinical fellowship in microsurgery and breast reconstruction at University of Toronto in 2012. Her clinical interest is in oncological reconstruction including breast, extremity and head and neck reconstruction.

In parallel with her clinical training Dr. O’Neill completed a Masters in Medical Sciences and then a PhD at the National University of Ireland, conducting her research at the Massachusetts General Hospital and Harvard Medical School in Boston where she was a research fellow. In 2012 she completed her second Master of Science Degree in Translational Medicine at the University of Edinburgh. She has presented her research at many international conferences and has also published a number of scientific papers. She works as a Surgeon-Investigator at University Health Network with a specific interest in breast and sarcoma reconstructive surgery outcomes as well as the oncological safety of stem cells in breast reconstruction.