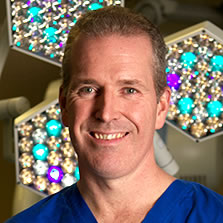 Dr. Peter Ferguson is an orthopaedic oncologist, the Sarcoma Site Group Lead at Mount Sinai and the Princess Margaret Hospitals in Toronto, and the president of the Canadian Orthopaedic Oncology Society. He is the Albert and Temmy Latner Professor and Chair of Orthopaedic Surgery at University of Toronto. He has won numerous teaching awards including the Robert Salter Award from the Division of Orthopaedic Surgery, the Bruce Tovee Undergraduate and Postgraduate Awards from the Department of Surgery, the WT Aikins Award from the Faculty of Medicine, twice the Award for Excellence in Postgraduate Medical Education at the University of Toronto and the AMS Donald Richards Wilson Award by the Royal College of Physicians and Surgeons of Canada. He has authored over 170 publications in clinical outcomes of patients with sarcoma, surgical education and translational research in radiation effects on bone and soft tissue
healing. 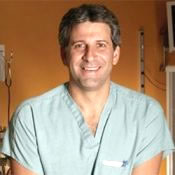 Dr. Jay Wunder, an award winning Orthopedic Surgeon, researcher, and teacher, was appointed as Mount Sinai Hospital’s Surgeon-in-Chief in June 2006. He is a surgical oncologist specializing in osteosarcoma, a form of musculoskeletal cancer. He graduated from University of Toronto Medical School in 1986 and has developed a reputation as a world-class leader who effectively and innovatively brings research to the point of care. He joined Mount Sinai Hospital in 1995.

Dr. Wunder is a Professor, Department of Surgery at the University of Toronto, and the Head of the University Musculoskeletal Unit at the University of Toronto which is located at MSH and The Princess Margaret Cancer Centre. He has held several Orthopaedic Oncology Fellowships, including working with Dr. Robert Bell, formerly of Mount Sinai Hospital, and the McLaughlin Fellowship working with Dr. John Healey at Memorial Sloan Kettering Cancer Centre, and is the inaugural holder of the Rubinoff/Gross Chair in Orthopaedic Oncology.

His many awards for teaching include the Robert Salter Teaching Award (UofT); the Wightman Berris Academy Teaching Award, and the Bruce Tovee Teaching Award. He is the recipient of numerous research grants such as the prestigious Orthopaedic and Research Education Foundation Kappa delta Research Award – the highest award in Orthopaedic Research in North America. 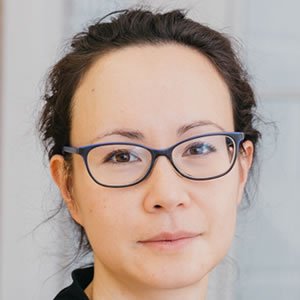 Dr. Kim Tsoi is a graduate of the Orthopaedic Surgery residency program at the University of Toronto and completed a fellowship in Orthopaedic Oncology at the Royal Orthopaedic Hospital in Birmingham, United Kingdom.  She has a Ph.D. in biomedical engineering in the area of nanotechnology.  Her clinical practice is focused on the management of bone and soft tissue sarcomas.  Dr. Tsoi is currently an assistant professor in the Department of Surgery at the University of Toronto.  As a surgeon-investigator, she is conducting research on the immune microenvironment of soft tissue sarcomas with a particular interest in the metastatic cascade.

Back to Surgical Oncology